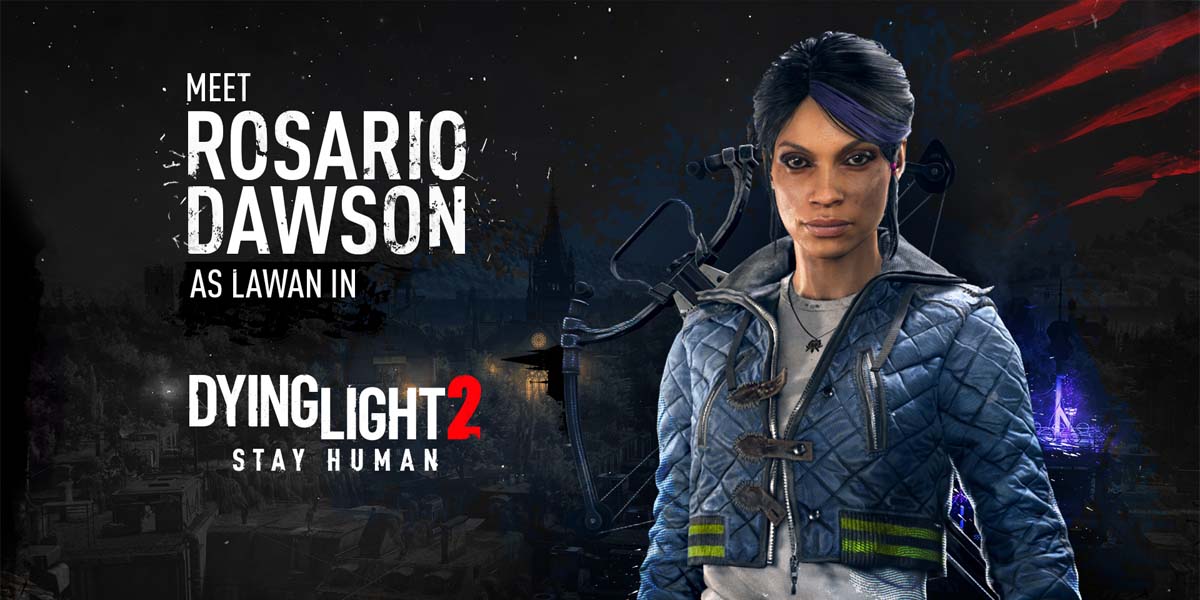 Who is the Lawan? Hear inspiration behind the character in a detailed interview.

Who is the Lawan? Hear inspiration behind the character in a detailed interview.

The fourth episode of D2K introduced Lawan, a new major in-game character portrayed by Rosario Dawson (The Mandalorian, Sin City). Viewers learned more about Lawan’s role in the Dying Light story, her relationship with Aiden, and her motives. This strong and independent character will have a significant impact on Aiden, his decisions, and events taking place in The City.

Dive deep into the world of Dying Light 2 Stay Human in the latest Dying 2 Know More episode, where Tymon Smektała – Lead Game Designer will tell you much more about one of the most important and interesting characters in Dying Light 2 Stay Human. In this episode, viewers will learn many details about Lawan as well as many similarities that connect her to Rosario. Tymon Smektała will tell you why such a choice was made and why Rosario Dawson turned out to be a perfect fit for this role.

For Rosario Dawson fans, we also have something special – a video from herself, who will tell us a bit about her work on Dying Light 2 Stay Human and about playing the role of Lawan. You will learn about the similarities that connect her with the character in the game and what emotions and traits she wanted to convey to Lawan so that she would be a complete and credible character in a post-apocalyptic world full of dangers.